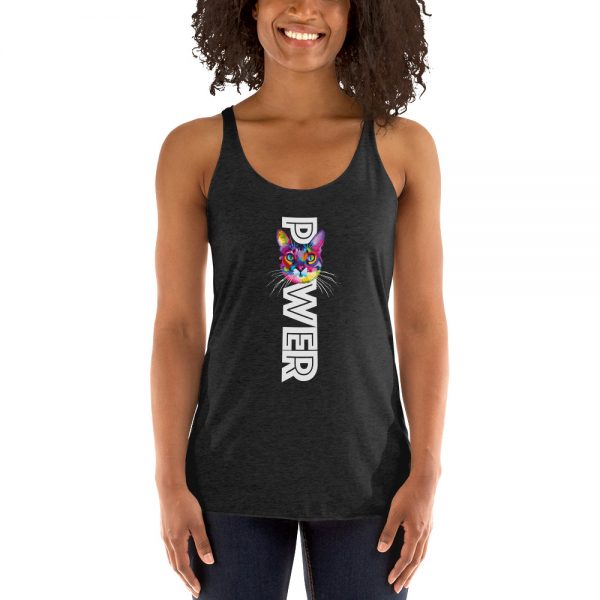 This racerback tank is soft, lightweight, and form-fitting with a flattering cut and raw edge seams for an edgy touch.