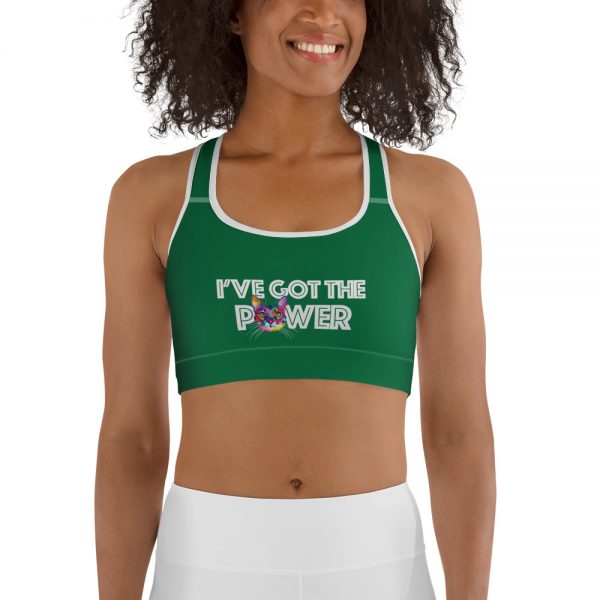 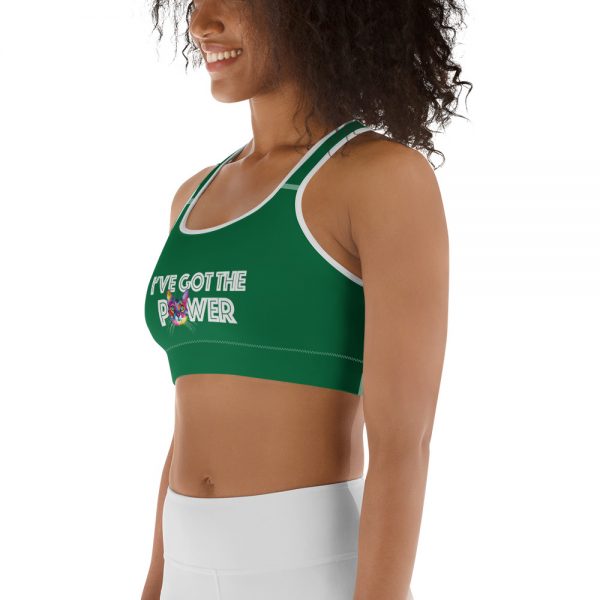 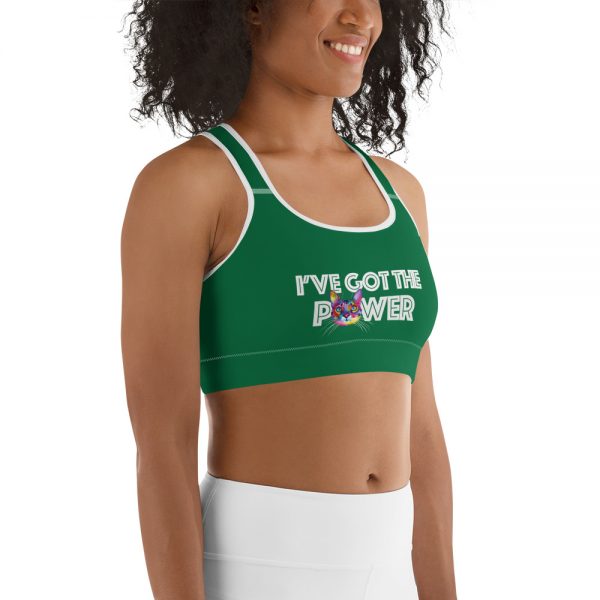 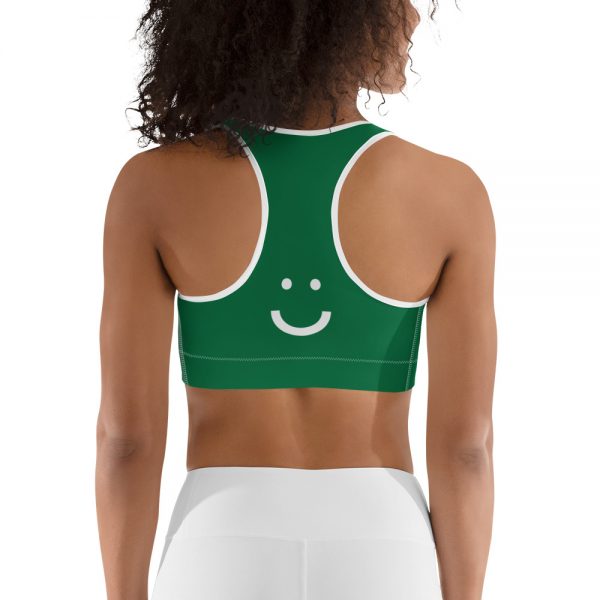 This gorgeous sports bra is made from moisture-wicking material that stays dry during low and medium intensity workouts. The bra has support material in the shoulder straps, double layer front, and a wide elastic band to ensure constant support.